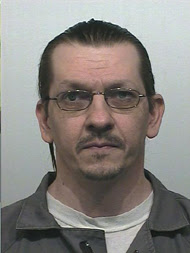 Ms. Holten had recently applied for and obtained an order for protection against Mr. Holten.

Early last year, after a series of frightening encounters with her former husband, Stephanie Holten went to court in Spokane, Wash., to obtain a temporary order for protection.

Her former husband, Corey Holten, threatened to put a gun in her mouth and pull the trigger, she wrote in her petition. He also said he would “put a cap” in her if her new boyfriend “gets near my kids.” In neat block letters she wrote, “ He owns guns, I am scared.”

The judge’s order prohibited Mr. Holten from going within two blocks of his former wife’s home and imposed a number of other restrictions. What it did not require him to do was surrender his guns.

About 12 hours after he was served with the order, Mr. Holten was lying in wait when his former wife returned home from a date with their two children in tow. Armed with a small semiautomatic rifle bought several months before, he stepped out of his car and thrust the muzzle into her chest. He directed her inside the house, yelling that he was going to kill her.

For all its rage and terror, the episode might well have been prevented. Had Mr. Holten lived in one of a handful of states, the protection order would have forced him to relinquish his firearms. But that is not the case in Washington and most of the country, in large part because of the influence of the National Rifle Association and its allies.

The pro-gun argument is that hysterical women will be frivolously calling for restraining orders where they're not really needed and unfailry depriving their husbands of their god-given rights.

What's your opinion?  Please leave a comment.
Posted by Unknown at 9:46 AM