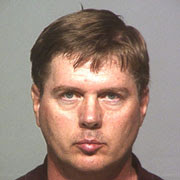 A Wauwatosa lawyer has been charged with a felony after police say he paid an informant $400 for two purportedly stolen guns and an illegal silencer, court records say.

I don't think his being a lawyer has anything to do with it. Nor do I think the "silencer" is important in the story. Mr. Barrett is a good example of what I call "the hidden criminals."

The way it works is this. Among gun owners you've got the law abiding, the criminal and a very large gray area in between. This Venn Diagram doesn't show the right proportions, but it gives you an idea, which works like this.

Area B would be the smallest, Area A next biggest and Area AUB would be by far the biggest. Remember in addition to the 5 categories listed above, those in the Famous 10% would also fall into the gray area.

What's your opinion?  Why do you think law-abiding and responsible gun owners who truly fit into category B become so defensive and antagonistic about this? Group B, law-abiding gun owners, although the smallest of the groups, still accounts for many, many individuals. I have nothing but respect for them and cannot understand why they aren't on the front lines of gun control activism along with us.  They would be the biggest winners.

What do you think?  Please leave a comment.
Posted by Unknown at 9:34 AM