CNN reports on the shooting. 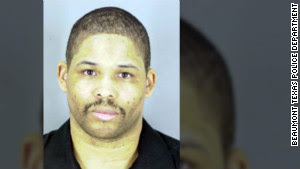 A gunman killed one person and injured three others when he fired outside a Texas courthouse Wednesday, officials said.
Police said the suspected shooter, 41-year-old Bartholomew Granger, was a defendant in an aggravated sexual assault trial at the courthouse in Beaumont, Texas.
Two of those wounded -- including Granger's 20-year-old daughter -- were witnesses in the trial, which had started Tuesday and was continuing Wednesday, police said.