They Make It Too Easy 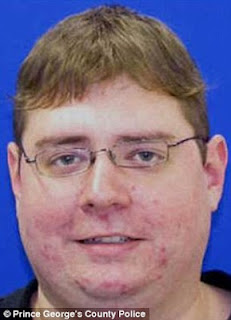 We're constantly being told that gunloons are just like the rest of us; that they have rich and fulfilling personal lives and are highly successful in their professional pursuits.

But how is it when these gunloons act out badly, they always look like someone you want to keep children away from and have surely never had a date with anyone of the same species?


Police have foiled what they believed could have been another Aurora-scale massacre after a man who called himself 'a joker' and had an arsenal of semi-automatic rifles threatened to shoot up the business from which he was being fired.

Neil Prescott, of Crofton, Maryland, was wearing a T-shirt that read 'Guns don't kill people. I do,' when first confronted by officers on Thursday, police revealed today.The man, identified in a search warrant, told a supervisor at software and mailroom supplier Pitney Bowes that, 'I'm a joker and I'm gonna load my guns and blow everybody up,' and that he wanted to see the supervisor's 'brain splatter on the floor.'The threats were made multiple times in separate phone calls this week, and investigators who searched the 28-year-old's apartment this morning found several thousand rounds of ammunition and about two dozen semi-automatic rifles and pistols.

Here's what Neil spent the money saved from not dating on: 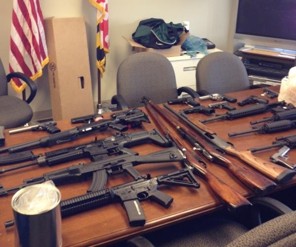