It's bad when your "own side" also thinks you are assholes: part 987.

It seems that a pro-gun blog ran a poll that confirms what most people have been saying about the open carry movement.

YOU ARE A BUNCH OF ASSHOLES

The really amusing part of this is that these polls are usually hijacked by people who want to express their opinion, which given this was on a "pro-gun" site would make me think that the open carry crowd would have hijacked it. 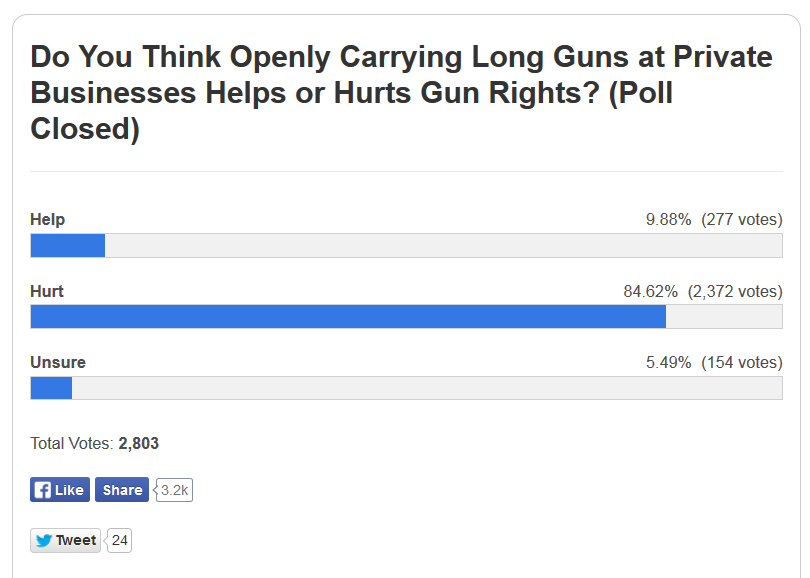 In fact, the opinion of most "pro-gun" people is that the open carry movement is funded by Bloomberg to make gun owners look bad.

But, as I like to point out, we don't NEED to pay you to make dickheads of yourselves--you do it of your own free will.

Thank you for being yourselves.

You make our jobs so much easier by your acting naturally.
Posted by Laci The Dog at 8:20 PM