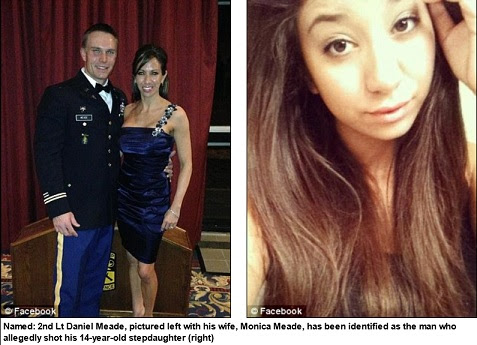 A man who fatally shot his 14-year-old step-daughter in their home after mistaking her for burglar will not face criminal charges, according to the 4th Judicial District Attorney's Office.


A Grand Jury determined that no criminal charges should be brought against Daniel Meade, a decorated Fort Carson soldier, in the death of Kiana O'Neil on Dec. 23.
According to a dispatch recording, Meade opened fire on the girl about 6 a.m. as she was crawling through a window of the family's home in the 4000 block of Ascendant Drive, off North Carefree Circle and Peterson Road.