2012 Murders are Up in Oakland 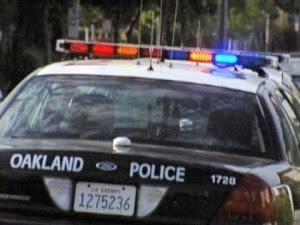 
The fatal shooting of a 33-year-old man in Oakland has bought this year’s homicide tally to 110, tying the city’s mark last year.

He was pronounced dead at the scene. Rosin said police did not have a motive for the killing or any suspects in custody.

The incident was Oakland’s 110th homicide so far this year, the same total for all of 2011. The city also recorded the same number of homicides in 2009.

This is the time of year when we see reports like this. The John Lott supporters keep telling us that BECAUSE there are more guns around there is less violence.  But, even the author himself knows that's not true.

Like we reported about Baltimore the other day, Oakland doesn't seem to be benefiting like it should.

What's your opinion?  Please leave a comment.
Posted by Unknown at 8:17 AM