Obama Won by a Landslide 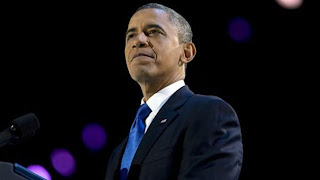 
President Barack Obama was declared the winner of Florida's 29 electoral votes Saturday, ending a four-day count with a razor-thin margin that narrowly avoided an automatic recount that would have brought back memories of 2000.


No matter the outcome, Obama had already clinched re-election and now has 332 electoral votes to Romney's 206.

I suppose there are different ways to define "landslide."Merriam-Webster says this:

a : a great majority of votes for one side
b : an overwhelming victory

A simpler way might be if Obama wins Florida and almost all the other swing states, that's a landslide. If this keeps up, I guess we'll have to reconsider who holds the crown this year.

Another way is to look at those electoral votes. The popular vote was a bit closer but not what some folks had hoped.

What's your opinion?  Please leave a comment.
Posted by Unknown at 7:38 AM