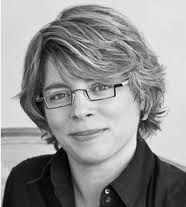 The United States is the country with the highest rate of civilian gun ownership in the world. (The second highest is Yemen, where the rate is nevertheless only half that of the U.S.) No civilian population is more powerfully armed. Most Americans do not, however, own guns, because three-quarters of people with guns own two or more. According to the General Social Survey, conducted by the National Policy Opinion Center at the University of Chicago, the prevalence of gun ownership has declined steadily in the past few decades. In 1973, there were guns in roughly one in two households in the United States; in 2010, one in three. In 1980, nearly one in three Americans owned a gun; in 2010, that figure had dropped to one in five.

Men are far more likely to own guns than women are, but the rate of gun ownership among men fell from one in two in 1980 to one in three in 2010, while, in that same stretch of time, the rate among women remained one in ten. What may have held that rate steady in an age of decline was the aggressive marketing of handguns to women for self-defense, which is how a great many guns are marketed. Gun ownership is higher among whites than among blacks, higher in the country than in the city, and higher among older people than among younger people. One reason that gun ownership is declining, nationwide, might be that high-school shooting clubs and rifle ranges at summer camps are no longer common.

Is the suggestion of more guns in fewer hands so inconceivable? The pro-gun folks laugh at it.

Of course their reason for dismissing the idea is based on anecdotal evidence. I've asked them how many guns do they own today compared to five years ago.

Those who bother to answer support the theory that there are in fact more guns in fewer hands, a higher concentration in the hands of a small percentage.

What's your opinion? Please leave a comment.
Posted by Unknown at 7:18 AM