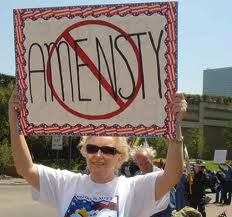 1. Pluck the fruit from the cherry tree.Be sure to point out Chicago's gun laws did not work, despite homicides declining from 1990 (851) to 2009 (458), because there were 510 homicides in 2008.
2. There is no difference between the US and Columbia. When confronted with international statistics on gun control/gun violence--wisely note that Columbia has tough gun laws. IOW, pretend first world nations don't exist.
3. Make perfect the enemy of good. Any gun control law must, as a minimum, guarantee the absolute safety of everyone, anywhere, for all time. Note the converse does not hold true: lack of gun laws don't matter to public safety.
4. All science is biased against guns. It is an established truth that institutions like Harvard, Stanford, Johns Hopkins, CDC and the AMA will publish studies saying whatever you desire, if you pay them.
5. Use quotes from famous people, even if they never uttered them. If you are accused of using a bogus quotation, merely narrow your eyes and coolly respond, "Well, that's what they were thinking." Remember, use of full context or complete quotations is biased as well.
6. Literal is for thou, not thee. When a gungrabber uses a figure of speech such as "rivers of blood" or "Wild West"--be sure to point out Main Street looks nothing like the Mississippi and make snarky comments about Wyatt Earp. However, if an NRA Board Member talks about shooting police officers or repeats racial slurs--it's just a figure of speech.
7. See no evil. Nobody has ever been to a gunshow and seen racist materials. Further, none of your friends (or you) has ever used a gun improperly or in an unsafe manner.
Posted by Jadegold at 12:34 AM