Jarrod Martin (R-OH) is the NRA 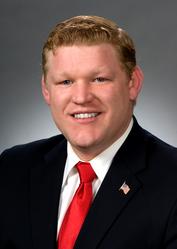 Jarrod Martin is a favorite of the NRA in the Buckeye State.  He's a state representative in Ohio whose two major political statces are gunloonery and the sanctity of life.
Seems Jarrod likes to have few as well.
About a week ago, NRA lifemember Jarrod Martin was stopped and cited for an OVI:

On the side of the roadway, Martin refused to submit to field sobriety tests and a “chemical” test of his blood, breath or urine, Ralston said. As a result, he will automatically lose his driver’s license for one year. He was released at the scene with one of the adult passengers behind the wheel. 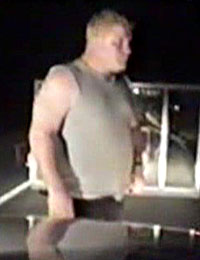 Update: There's more:
On May 16, 2010, the night manager at the Residence Inn in Beavercreek called police about guests yelling and fighting on the fifth floor at 4:30 a.m. Officers found Martin and six other men “highly intoxicated” at a bachelor party. The men said they weren’t fighting; just having a “friendly wrestling match in their hotel room,” a Beavercreek police report said.