Everyone knows about the incredibly draconian gun laws suffered by the folks in the UK. As our own gun-rights activists keep telling us, British citizens have been disarmed, their weapons confiscated and they've been left left in shivering fear completely unprotected against the knife-weilding home invaders.

Of course that's not the case at all. No one knows how to exaggerate like our gun guys.

A few days ago there was a terrible multiple murder/suicide, which, being fairly rare thereabouts, made international news.  Her are some interesting details. 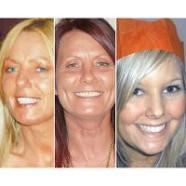 Labour MP Grahame Morris said outside the police cordon: "The issue is that in 2008 police responded to a call that there was a domestic argument and Mr Atherton had threatened to self-harm - to shoot himself. At the time the police took his firearms from him and he applied to have them returned. Police made an assessment and they were returned to him."
Durham Police confirmed that the weapons were taken from Mr Atherton's house as a precaution, but as he insisted there had been no threat to harm himself, the weapons were returned. That decision followed national procedure, a force spokesman said. "It was one person's word against another," he added.

What's your opinion? Does that sound like the anti-freedom and anti-rights place they keep telling us about? No, it doesn't.

What's your opinion?  I tend to think our gun enthusiasts are usually just mindlessly repeating what they've heard from others.  The argument sounds good and it supports their obsessive fetish, so they go with it.

What do you think?  Please leave a comment.
Posted by Unknown at 7:55 AM