You wonder why I think you are a pack of morons?

It's the Second AMENDMENT, not ARTICLE II--Dipshits! 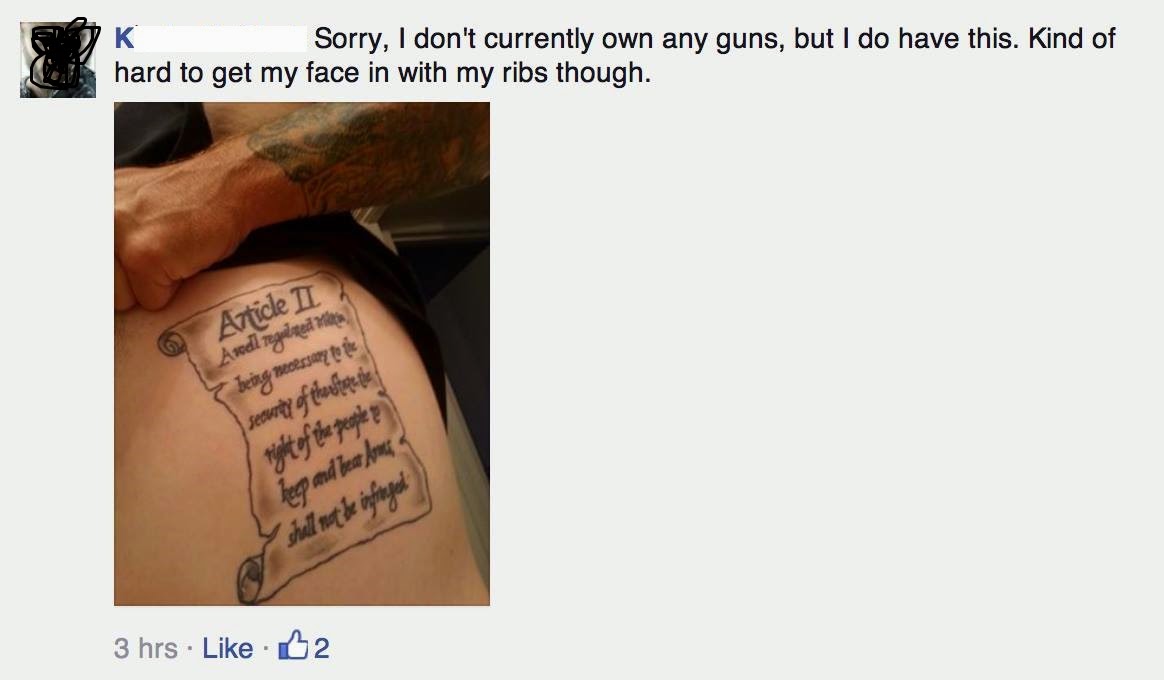 Article II deals with executive powers, which you would know if you had any idea of what the Constitution actually says.

But, you DON'T have any idea of what the fuck is going on most of the time (pointing out how stupid you people are would be a full time job), which is why you can be duped into an idiotic interpretation of the Second Amendment--you have no fucking idea of what you are talking about.

Even better, the Second Amendment is misquoted instead of "the free state" this says "the state".

Well, this clown now has a permanent reminder of his stupidity.

Or maybe he likes Obama deep down in his heart...which goes with his latent statist tendencies.

Now, piss off and worry about how much drool is dripping from your mouths.
Posted by Laci The Dog at 3:22 PM