Involuntary Manslaughter for Wyoming Man who Killed His Brother 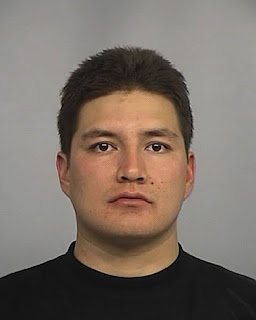 On Sept. 17, police received an early afternoon call that a man had been accidentally shot on Fourth Avenue. Upon arrival, police found Ryan Gish was suffering from a wound to the abdomen and wrist.  He was transported to the Wyoming Medical Center and pronounced dead shortly thereafter.

According to the affidavit, no one aside from the brothers was present at the residence at the time of the incident. The younger Gish admitted that the 9 mm pistol in question was his, and that he accidentally shot his brother.

Aaron Gish told police officers that he and his brother were having a conversation while he was manipulating the pistol. He reportedly admitted that he intentionally squeezed the trigger but could not explain why, despite his firearm training.

Officers say Gish admitted in at least one interview that he consumed marijuana that day. Suspected methamphetamine was additionally found in the house.

This young man was a lawful gun owner in one of the big gun-friendly states. Given his admissions about using drugs, I suppose the best we could label him is a "hidden criminal."

The pro-gun crowd is rife with these guys. Upwards of 50% of them are actually unfit to own and use guns safely due various problems, drugs being one of the most common.