No More Open Carry in California 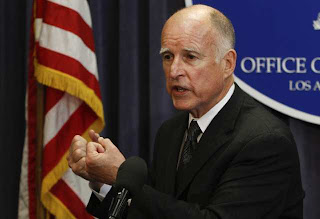 Californians will no longer be able to openly carry rifles and shotguns in cities under legislation signed Friday by Gov. Jerry Brown.


The bill was responding to public demonstrations by gun owners who were showing up at coffee shops and other public places carrying long guns to demonstrate their right to bear arms.
The bill by Assemblyman Anthony Portantino (D-La Canada-Flintridge) closes a loophole left when the state last year banned the open carrying of unloaded handguns in public.

"This shows an unequivocal commitment from law enforcement and state government to ensure the public safety of families in our neighborhoods and public places,'' Portantino said, adding it allows law enforcement to "focus on pressing duties free from the threat of an 'open carry' stop spiraling out of control or turning deadly." There are exceptions, including for military employees in parades and people at target ranges.

What could be simpler than that?

What's your opinion?  Please leave a comment.
Posted by Unknown at 9:25 AM