Officer Boss, Killer of Amadou Diallo, Gets his Gun Back 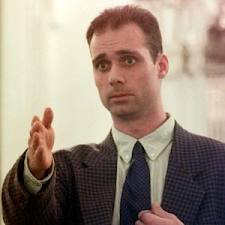 More than 13 years after the police shooting of Amadou Diallo, Commissioner Raymond W. Kelly has agreed to restore a service weapon to one of the four New York City officers involved, a decision that Mr. Diallo’s mother characterized as a betrayal.


Mr. Kelly had indicated “that he was not going to give back the gun,” Kadiatou Diallo said in a phone interview from her home in Maryland. “Now he has turned around and given back the gun. We want to know why. Why did he change his mind?”

The police fired 41 shots, killing Mr. Diallo as he stood in the vestibule of his apartment building in the Bronx on Feb. 4, 1999. Although the officers said they believed he had a gun, Mr. Diallo was unarmed. The Police Department offered no official explanation on Tuesday about restoring a gun to the officer, Kenneth Boss.


But a law enforcement official familiar with Mr. Kelly’s reasoning pointed to the recent exoneration of another officer, Michael Carey, who fired 3 of 50 bullets shot at Sean Bell, who was killed on the morning of his wedding outside a Queens nightclub in 2006.

The strange thing is Officer Boss was exonerated in a criminal trial and in a thorough departmental review, yet his gun privileges were withheld.  Why was that?  Is it some vain attempt to appease the victim's family and friends.

It seems to me the real mistakes were made earlier on.  How can "thinking the guy had a gun" ever be a successful defense?  This can only happen in a rigged trial or among racist cop-defenders.

What's your opinion? Shouldn't mistaking a wallet or a cell phone for a gun and killing someone be just like all the other misuses of a gun that merit the one strike you're out rule?

When cops shoot and kill unarmed people, what the hell else are they gonna say?  Officer James Peters knows this.  Has there ever been a case in which the trigger-happy cop admitted that he fired unnecessarily or prematurely?  I doubt it. It's the same exact principle with reported DGUs.

What's your opinion?  Please leave a comment.
Posted by Unknown at 8:31 AM