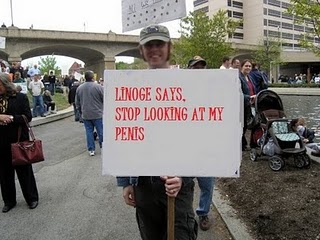 Seems Steve likes guns.  Doesn't like black people.  Likes freedom from black folks.  When it was revealed Jesse Jackson Jr.  had an affair --NRA member Steve was all over it:


Jesse Jr. should use the, 'hey, the apple doesn't fall far from the tree' defense


Who's the congressman who's a sex machine to all the chicks in D.C. restaurants? JESSE!


But (you knew this was coming, didn't you?), two weeks before--it seems "family man" Teabagger/NRA hero Steve Stevlic was arrested for, well, looking to buy some 'strange.'


Say, isn't Jonathan C. Sullivan a Teabagger?
Posted by Jadegold at 12:01 AM