No Jail for Tennessee Gal Who Brought her Gun to NYC 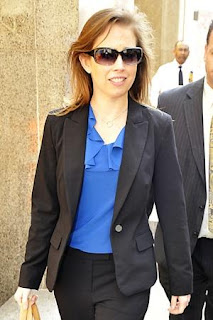 The New York Post reports on what we predicted. When the story hit, the rabid Bloomberg-haters among the pro-gun crowd said this poor gun owner would be made an example of.  They were prepared to elevate Meredith Graves to the status of martyr.

Sometimes you just forget the handgun is in your bag.
A registered nurse and fourth-year med student from Knoxville took a no-jail time deal yesterday for the Tennessee-registered gun she had absentmindedly carried to the 9/11 Memorial last December.
Pretty, hazel-eyed Meredith Graves admitted through her lawyer that she had merely forgotten that the little .22-caliber handgun was in her purse.
She was busted when she tried to check the weapon with memorial security personnel.
“It was completely inadvertent,” Graves’ lawyer, Daniel Horwitz, said after his client took her plea.