Maj. Nidal Hasan is Sentenced to Death by Military Court 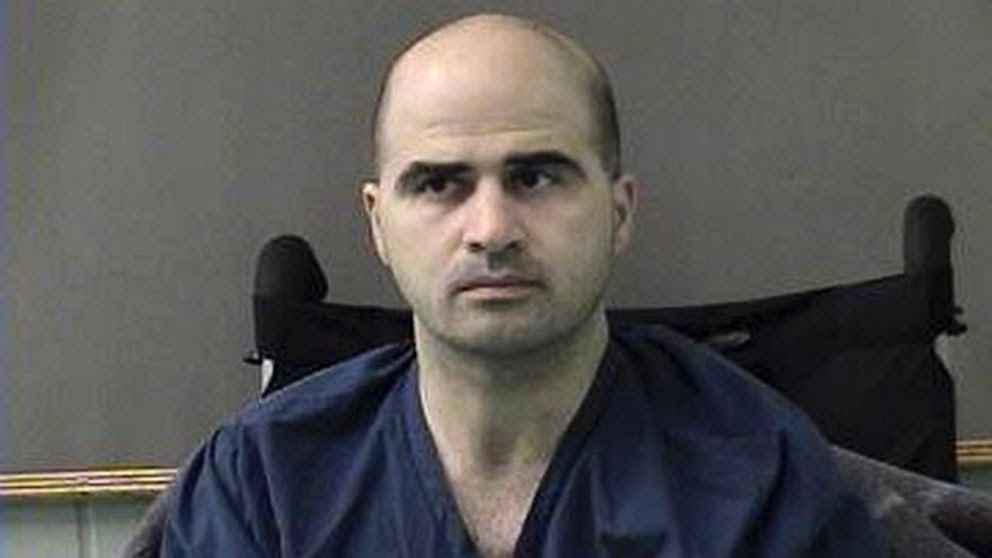 A military jury on Wednesday sentenced Maj. Nidal Hasan to death for the 2009 shooting rampage at Fort Hood, handing the Army psychiatrist the ultimate punishment after a trial in which he seemed to be courting martyrdom by making almost no effort to defend himself.

The rare military death sentence came nearly four years after the attack that stunned even an Army hardened by more than a decade of constant war. Hasan walked into a medical building where soldiers were getting medical checkups, shouted “Allahu akbar” _ Arabic for “God is great!” _ and opened fire with a laser-sighted handgun. Thirteen people were killed.

Hasan, who said he acted to protect Islamic insurgents abroad from American aggression, had no visible reaction when the sentence was announced, staring first at the jury forewoman and then at the judge. Some victims’ relatives were in the courtroom but none showed any reaction, which the judge had warned against.

The American-born Muslim of Palestinian descent acted as his own attorney and never denied his actions at the huge Texas Army post. In opening statements, he told jurors that evidence would show he was the shooter and described himself as a soldier who had “switched sides.” The same jurors who convicted Hasan last week deliberated the sentence for about two hours. They needed to agree unanimously on the death penalty. The only alternative was life in prison without parole.
Posted by Unknown at 11:13 AM