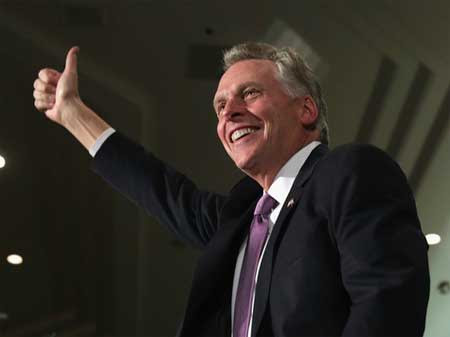 Washington DC - -(Ammoland.com)-  On April 7 2014 Virginia Governor Terry McAuliffe (D) made “backdoor [gun] registration” possible by rejecting an amendment to SB 377 which would have required records of gun purchases and transfers to be destroyed “within two weeks.”
The amendment applied specifically to guns a dealer seeks “to purchase, trade, or transfer…from a non-dealer.” Personal information and identification is shared in this exchange to verify that the firearms have not “been reported lost or stolen.”
The amendment assured gun owners that if the gun had not been reported lost or stolen their personal information would be destroyed “within two weeks.”
According to the NRA-ILA, McAuliffe has substituted his own amendment to SB 377: one which “would mandate that…consent forms [containing the personal information] would be kept by the dealer for at least 90 days with no requirement to destroy them ever.”
The governor’s amendment “creates backdoor registration of those seeking to sell, trade, or transfer their lawfully owned firearms to a gun dealer.”