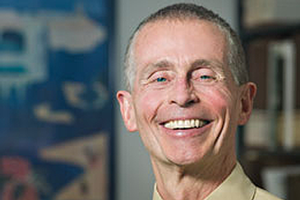 
You recently did a large survey of federal firearms dealers. What was the most interesting finding?
We learned that a majority — not a large majority, but a majority — of gun dealers and pawn brokers are in favor of comprehensive background checks.
Do you know why some dealers supported background checks and others didn't?
There is a sense in the country that retailers who have lots of traced guns [i.e. guns that show up at crime scenes] are themselves bad guys, and I just don't believe that is always the case.
Retailers who had higher frequencies of attempted straw purchases, higher frequencies of attempted off-the-books-purchases, were more in favor of comprehensive background checks. They're in the business. They know that when they say "no" to somebody, that guy is just going to go somewhere else to someone who says, "yes," and they don't want it to happen. They said "no," so they want the system to say, "No."
One of the policy proposals you've been looking at is whether people with a history of alcohol abuse should also be banned from purchasing firearms. Is this ever going to be a realistic policy — that two DUIs could mean that someone could lose their legal right to buy guns?
Yes. Last year, I floated the idea to the California legislature, and the legislature passed it. The governor vetoed it, or we'd have it now. His veto message said there's not enough evidence. There's tons of evidence of alcohol as a risk factor of violent activity. I think he meant evidence specific to gun owners. We've started one study, and are in the process of another. We'll come back with the evidence.
Posted by Unknown at 8:54 PM