If JFK Had Lived 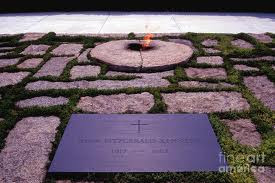 If JFK had lived, so too, would have 58,000 Americans and untold millions of Vietnamese. If JFK had lived, we would not have spent two trillion dollars on nuclear arms. The money could have been spent, as JFK suggested, on education. America might not have become the hopelessly dumbed down nation that it has become. If JFK had lived the Federal Reserve would have eventually gone the way of the two previous central banks in the United States. The US Congress would have retaken the constitutional power of coining money, interest free money. America would have remained solvent.

If JFK had lived, he would have continued to confront the oil companies and today, we might have achieved energy independence and could be paying about a buck for a gallon for gas. Alaska would be the new Middle East and the petrodollar, which threatens to plunge us into a world war over Syria and Iran, would no longer be a problem. The world would be coming to the US for its energy needs and our economy would be booming.

If JFK had lived, the people would have had their true representative in the White House. The events in Cuba so changed John Kennedy, that he became a true Ron Paul in the last two years of his life. It was the last time, that anyone, outside the elite establishment, had anyone in top level government that cared for them.
Posted by Unknown at 6:53 AM

Labels: the decline of America