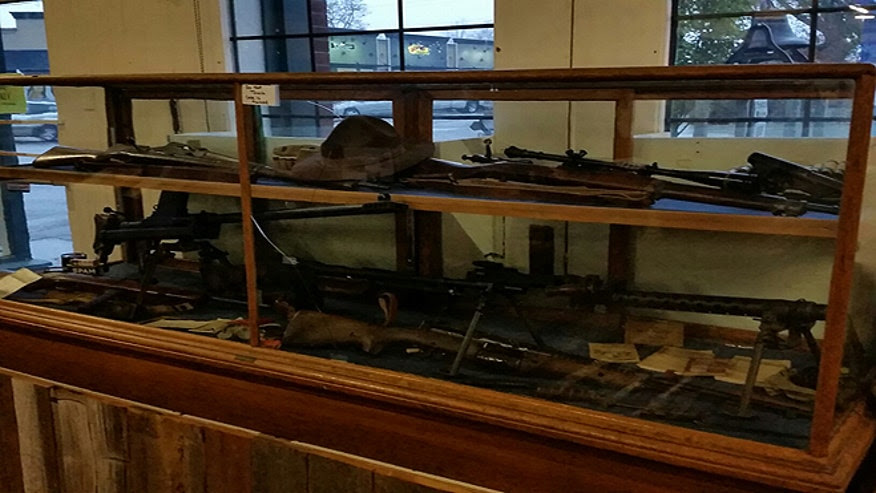 The Lynden Pioneer Museum, near the Canadian border in the northwest region of Washington state, nearly removed 11 weapons on display as part of a WWII exhibit because of new gun legislation.


Luginbill [Troy Luginbill, director for the Lynden Pioneer Museum], the museum's only full-time employee, said he was concerned about the financial burden of having to perform background checks in order to return the weapons to their owners after the exhibit ends next May. Then a local gun shop owner came forward and volunteered to cover the cost of approximately $400 for background checks for each of the guns.

“It’s a financial hardship for them to pay for the fees to register the guns,” said Melissa Denny, owner of Pistol Annie’s Jewelry and Pawn in nearby Bonney Lake, told FoxNews.com. “So we decided to step up and help. It’s normally a $40 fee for each weapon. We just waived it for them.

“I like to champion for the underdog because we are one of them,” added Denny, who opened up her shop two years ago.

Some said Luginbill was being overly cautious and that the new law was never meant to apply to cases like his.

Now, that wasn't so hard was it?  I guess Kurt will have to find another example of the "atrocity" which this law is responsible for.
Posted by Unknown at 9:29 AM