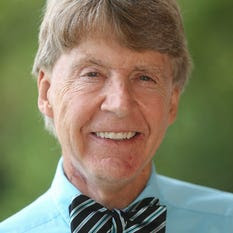 
I'm not talking about gun control. I'm not talking about waiting periods and background checks.
I'm talking about flat-out banning the possession of handguns and assault rifles by individual citizens. I'm talking about repealing or amending the Second Amendment to the U.S. Constitution.
The Second Amendment has been misinterpreted. It says guns are permitted to a "well-regulated militia." That means trained citizen soldiers called into action for emergencies — because in colonial times every able-bodied man was required to be a member of the militia. It does not mean everyone with $50 and a driver's license is entitled to own a gun.
That's what former Supreme Court Chief Justice Warren Burger said in 1990, when he called claims of Second Amendment protection of individual gun ownership, "a fraud on the American public." Earlier this year, retired Supreme Court Justice John Paul Stevens called the Second Amendment one of the six great flaws with the U.S. Constitution. He called for it to be amended to say gun possession was only for state militias, not individuals.
Every legal opinion for 200 years denied individual gun ownership was a right — until the steady lobbying of the National Rifle Association created a climate that allowed a conservative U.S. Supreme Court in 2008 to strike down a handgun ban in the District of Columbia, and fuel the sense of entitlement of gun owners.
Posted by Unknown at 11:32 AM

Labels: some people do want to ban all guns, the real meaning of ban