The People's Right to Live Quietly 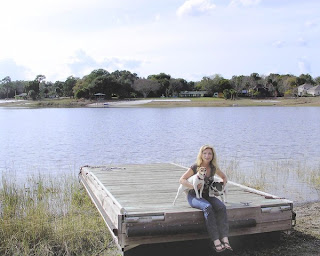 The Orlando Sentinal reports on what we've been saying for a long time around here.

Sudden shotgun blasts recently shattered the quiet of the homes that line West Crooked Lake in Eustis.
Boom! Boom! Madelaine Lock was visiting with her neighbor, and together they ran toward the lake. Boom! Doors flew open, and residents streamed outside. Five of them dialed 911 to summon police.
They needn't have bothered.
Out on West Crooked Lake, three happy hunters displayed the carcasses of five dead ducks. Eustis officers snagged the hunters and began to remonstrate with them. They needn't have bothered, either.
Remember the ordinances cities typically enacted that prevented people living close to one another from pulling out their weapons and firing willy-nilly?
Gone, thanks to the Legislature. That's what happens when big boys with guns want more room to play and the very powerful National Rifle Association pushes relentlessly.

Here's one of the best ways I've heard to highlight the absurdity of what the NRA is doing.

"It is OK to hunt ducks on a lake surrounded by residential homes, but it is against the law for these same residents to use fireworks?" asked Eustis police Chief Fred Cobb, whose officers were powerless to restore peace to the West Crooked Lake neighborhood. "If the Legislature is concerned about public safety, I don't understand their logic."

What's your opinion? Don't you think they've gone way too far in Florida? Did you see the NRA person's justification, that it's about "the constitutional right to keep and bear arms for the protection of yourself and your family." Do these people think before they speak? Are they repeating the same old nonsense so often that it's lost all meaning and context?

What do you think? Please leave a comment.
Posted by Unknown at 9:45 AM