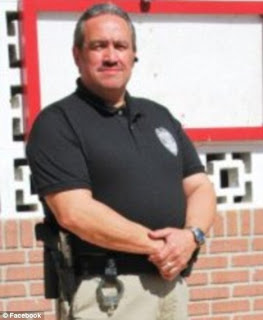 Further to Dog Gone's report
The Tampa Bay Times reports on the tragedy.

The men took precautions. They walked away from the crowd in a recreation room at Grace Connection Church and into a closet. Zambrana removed the Ruger's magazine, the Sheriff's Office said, and started to explain the gun's safety features.
But he forgot about the round in the chamber.
Around 12:30 p.m., the gun accidentally went off, according to the Sheriff's Office, sending a bullet through the wall and into the head of Hannah Kelley, 20, — Bueller's girlfriend and daughter of the church's pastor, Tim Kelley. "It does appear this was a tragic accident," said Cecilia Barreda, a sheriff's spokeswoman.

How many times do they forget about "the one in the chamber?"  How can that happen, even.  I mean, think about it.  If you own a gun, you know how the magazine feeds rounds into the chamber.  How could you possibly EVER forget there could be one in there?  I find it totally baffling.

And here's the best part:

Zambrana, of Pinellas Park, has a concealed weapons permit. Records show he also is a licensed security officer. He did not return a call for comment.

No charges were filed.

What am I referring to as "the best part?" Well, I guess there are two. One, he was trained and had the CCW permit, nevertheless was careless and negligent enough to forget about the one in the chamber. And two, no charges were filed."

What's your opinion? Please leave a comment.
Posted by Unknown at 8:17 AM