The Definition of a Hidden Criminal - Ian Stawicki 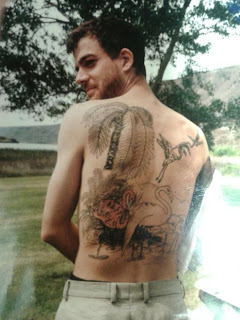 
There is at least one certainty about the otherwise inexplicable Ian Stawicki. He was mad but not quite mad enough. He punched out his brother and broke his girlfriend's nose. His wild-eyed anger scared people. His father thought he was "crazy." But under state law he couldn't be forcibly committed.

Yet he could legally carry a gun, and owned six of them. As Dan Turner puts it, "He didn't break the law until he pulled out a pistol and started shooting." That was last week at Cafe Racer in the U-District where Stawicki killed or mortally wounded four people, then shot a woman to death during his escape and subsequently killed himself, earning the hate of a city. Up to then, he was merely disliked by many.

Pro-gun folks often ask me what I mean by "hidden criminals." It's really a rhetorical question, more a statement on their part. More or less they're saying they don't believe in my idea.

The idea is simple, the world of gun owners is not neatly divided between good guys and bad guys. This false and simplistic view of things serves the gun-rights argument that being good guys, they are not responsible for the gun violence that never seems to end.  They blame the bad guys.  It's convenient.

The truth is, however, that the group of people they call "lawful gun owners" contains many volatile characters like Stawicki, folks who are obviously unsafe with guns but who have not yet picked up the necessary convictions to be disqualified.

In addition there are a legion of gun owners who believe that "bad rules be damned."  Either for convenience or out of a libertarian-type rebellion, they disregard the laws they don't like.

Then, of course you've got the true criminals who haven't been caught yet, and, let's not forget the ones who use drugs, drink too much or suffer from mental illness.

I covered this in my posts The Venn Diagram of Gun Owners as well as in The Famous 10%.  There's nothing new here.

The article I linked to contains part of the solution.  Replacing "shall issue" states with "may issue" would certainly prevent some of these undesirable characters from obtaining the conceal carry permit. But we need to go much further than that, and the first goal is awareness.

What's your opinion? Please leave a comment
Posted by Unknown at 8:39 AM