A Different Murdoch the Bad Guy in the News

I don't doubt that the video shows that this judge behaved badly; on the other hand, the thought which occurred to me was.......if this judge was so bad, why return eight times?  And how did she manage to record this if the oral sex act was against her will?  Did the judge just say, sure, go ahead and film me forcing myself on you?  That doesn't sound reasonable.  So...if it were covert filming, how was that accomplished.

No guns involved so far (unless that turns out to be the means of coercion at some later point), but this was just an intriguing story, one which I thought posed some interesting opportunities for applying critical thinking. 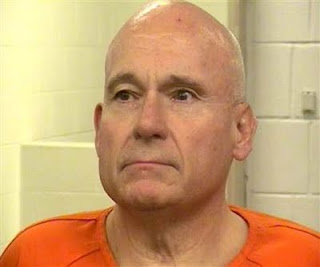 District Court Judge Albert S. "Pat" Murdoch was arrested Tuesday, July 19, on charges he sexually assaulted a prostitute after an undercover officer bought a video recording of the alleged attack, according to a criminal complaint.
msnbc.com staff and news service reports

updated 7/20/2011 3:19:14 PM ET 2011-07-20T19:19:14
A state judge in New Mexico is facing charges that he sexually assaulted a prostitute in his home, a crime that police say was videotaped by the victim out of concern for her safety.
State District Judge Albert S. “Pat” Murdoch, 59, was arrested Tuesday and charged with criminal sexual penetration and intimidation of a witness, NBC affiliate KOB-TV in Albuquerque reported Wednesday. He was released on a $50,000 bond overnight, it said.
A criminal complaint said the prostitute told police that she had visited Murdoch approximately eight times in his home after he answered an online personals ad and exchanged money for sexual acts.
She said that the first time she met him, he said he wanted to perform oral sex on her but she refused. But Murdoch nonetheless “forced himself on her to perform the oral sex,” according to the complaint.
She later videotaped another encounter with the judge where he again performed oral sex on her against her will, it said.
It said she did so after she began posing hypothetical situations regarding a woman making allegations against him and he responded that “...he would use the police and his connections to take care of the situation," according to the complaint.
The prostitute also told police that she saw what appeared to be child pornography on the judge’s computer on another occasion, the complaint said. Albuquerque Deputy Police Chief Paul Feist told Reuters on Wednesday that investigators were “trying to determine if there were other people involved or other locations.”
No attorney was listed for on Murdoch, a veteran criminal judge, on the Bernalillo County Metropolitan Court’s Web docket and calls to his home and office were not answered.
KOB reported that the Judicial Standards Committee was meeting to consider suspending Murdoch until the case is resolved.
Murdoch was due for his first court appearance on Thursday, but the Albuquerque Journal reported that the appearance was likely to be delayed by judges who have worked with the veteran judge recusing themselves from hearing his case.
Reuters contributed to this report.
Posted by dog gone at 10:04 PM