For Laci and Microdot and the other Art Lovers among Us, with an Interest in Firearm Violence

This post amused me tremendously.  I hope the other readers on MikeB's blog appreciate it as well.  Not the kind of intellectual art criticism with which I was brought up, but ...oh, well....it does have a certain directness and interactive quality with the art work, I'll give it that.  For those not familiar, MIA is the Minnesota Institute of Art.

From Eyeteeth, A Journal of Incisive Ideas:

Gun-shot Avedon still at home in a Minneapolis German restaurant 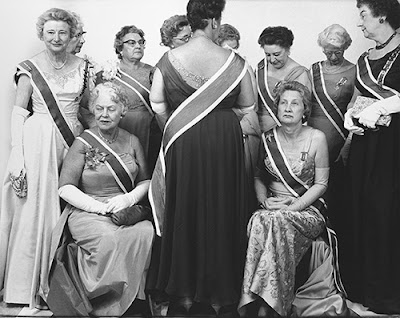 A Minneapolis German restaurant is home to a work by famed photographer Richard Avedon, but the tale of the work's current state -- peppered with a few bullet holes -- makes it an even better story (via @artsmia).

Minneapolis Institute of Arts associate curator of photography Christian Peterson blogs about Avedon's 1963 work Generals of the Daughters of the American Revolution. In town for a 1970 MIA show of his work, Avedon frequented the Black Forest Inn a few blocks away and befriended its owners, Erich and Joanne Christ. Before leaving town, he gifted the first print of the photo to his new friend, and it still hangs in the restaurant's bar today. But it now bears two signs of age: Many years later, a customer pulled out a gun and shot it.

Writer Christy DeSmith chronicled the event in a 2004 piece for The Rake:


Sixteen years later, Ellis Nelson, a regular at the bar, was sitting on his favorite stool when he pulled out a revolver and opened fire on the photograph. “That was a wild day,” remembers Erich, who was walking his wife and infant son through the parking lot when the shooting occurred. “People came running out of every hole in the place shouting ‘He’s got a gun! He’s got a gun!’ and I said to myself, ‘Ellis, this time you really did it.’” When police later questioned the shooter, trying to uncover a motive, Nelson was reported to have answered, “That photo always bugged the hell out of me.”

"[S]ince you could smoke in the bar until fairly recently, those holes are now rimmed in a distinctive nicotine brown," writes Peterson.

The Black Forest nicely chronicles its art on its website, but only nods to the photo's history by calling it "infamous." The restaurant's online image of the work, however, shows evidence of the two shots -- a chest wound and an eye shot -- that make two of the Daughters of the American Revolution look more like soldiers in the American Revolution. 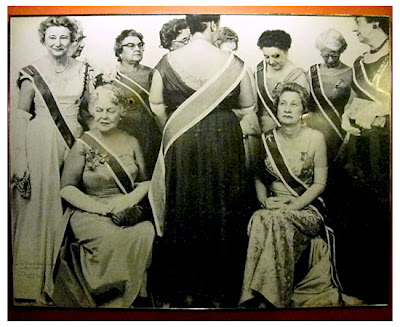