Arkansas Boy Gets 45 Years for Killing his Sister 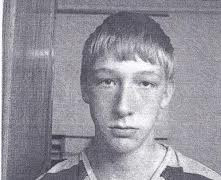 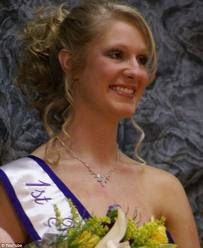 Fox News reports on this incredible story which we posted when it happened.


An Arkansas teen pleaded guilty Wednesday to murdering his sleeping sister and was sentenced to 45 years in prison for a crime he still hasn't fully explained.

Colton Harvey, 15, grabbed his father's .22-caliber rifle one January morning while his parents were out grocery shopping. He walked into his 16-year-old sister Candace's room, pointed it at her forehead and fired. She awoke with a scream, so he shot her in the head twice more.

He threw some clothes and ammunition in his father's pickup truck and took off, driving first into the hills but then to the sheriff's office, where he chickened out in the parking lot. He drove to a friend's for some chewing tobacco — a vice that led to his parents grounding him days earlier — and then back to the sheriff's, where this time he found the courage to go in and confess.

"I don't know why I did it. It just happened," Harvey told state police investigator Corey Mendenhall hours later, according to a transcript of the interview in which he described in detail what happened that morning. The Associated Press obtained the transcript under a Freedom of Information Act request.

Baldr's comment in January summed up my feelings perfectly.

NOTE to the gun guys: Here is an excellent case why it is NOT okay to allow a 15 year old to have his own gun collection, even if he is a hunter and has had safety classes. Children are impulsive, and having a loaded gun handy only adds to the danger.

What's your opinion? Please leave a comment.
Posted by Unknown at 6:25 AM