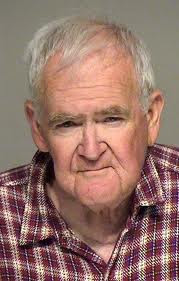 
A 75-year-old Milwaukee man charged in the fatal shooting of a 13-year-old boy who lived next door had been a repeated target of break-ins, according to neighbors.

John Henry Spooner was charged with one count of first-degree intentional homicide, use of a dangerous weapon.

The boy, identified as Darius Simmons, was unarmed when he was shot in the street outside their homes.

According to the complaint, Spooner approached Simmons as the boy retrieved a garbage cart from in front of a house Thursday morning. The boy’s mother, Patricia Larry, who saw the shooting, said Spooner told her son he “wanted his stuff back and that he wanted his shotguns back,” the complaint said.

Simmons and his mother told Spooner they did not have his property. Spooner then pulled a gun, pointed it at Simmons and fired one shot from about five feet away.

Spooner fired a second shot at Simmons as the boy was running away.

Let's hope Mr. Spooner was a reader of The Truth About Guns. He would have known the value of STFU when caught doing murder. Then, if the investigation proves the dead kid really had been responsible for the break-ins, we've got all the makings of another pro-gun martyr.

Let's not fail to notice that Spooner was another lawful gun owner turned bad. The gun-rights folks keep telling us there are very few of them, but I'm not convinced.