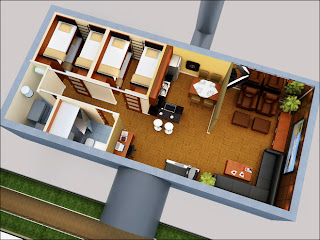 The Spike television network is airing a competition this fall to award a fortified bunker to a family that believes the end of the world is near.

The network said Tuesday that its six-episode series called "Last Family on Earth" will feature survivalists competing to show how tough and resourceful they are. The winner gets an underground bunker in an undisclosed location.

Sharon Levy, executive vice president of original programming at Spike, said the series doesn't necessarily coincide with the theory that the ancient Mayan civilization predicted the end of the world will arrive in December 2012.

Levy said polls show that many people believe that there will be some catastrophic event like an earthquake or epidemic that threatens civilization, and these are the people who will participate in the show.

"We don't think there's anything funny about that," Levy said. "We think it's a very interesting segment of the population that is very prepared, is highly intelligent. These are regular people. These are not people that you may think are living in a shelter in the middle of the woods. These could be your friends.

What's your opinion? Are these interesting people who could be your friends? Or are they the extreme lunatic fringe?

In the drawing above, why is there no place for storing guns and ammo?

Please leave a comment.
Posted by Unknown at 6:04 AM