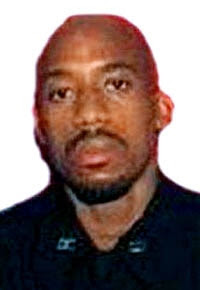 
Bryan’s rampage came less than an hour after his baby’s mother, Charlene Mitchell, 29, took out an order of protection against him, claiming he was a “demon” who terrorized her.

Bryan, 34, shot Springfield Officer Kevin Ambrose, 56, through the door of Mitchell’s apartment, then opened it and put a bullet in the helpless cop’s skull.

Bryan then shot Mitchell in the head and ran from the apartment. He later shot himself in his car, authorities said.


Do you think if we took a good look at this guy's past we'd find reason to take his guns and badge away?

Better screening and higher standards for qualifying, that's what we need.

What's your opinion?  Please leave a comment.
Posted by Unknown at 6:21 AM