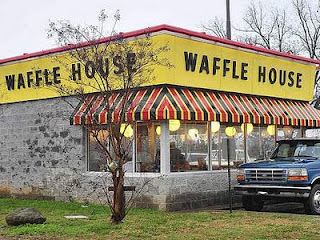 
Spartanburg County deputies have arrested a man in connection with a fatal shooting that happened at about 5 a.m. Sunday morning.

Hours after the shooting occurred, deputies arrested 27-year-old  Antwon M. Baker, Jr.  He has been charged with the murder of Anthony Terrelle Young, 23. Both men were from Spartanburg.

According to Spartanburg County Sheriff Chuck Wright, Baker and Young were familiar with each other. It is believed that Young was murdered as the result of an argument that escalated with gunfire.

Last January there was a shooting at a Spartanburg Waffle House, not sure if it was the same one. That one they called a DGU, this one is just an argument that got out of hand.

They sure know how to come out with the guns in that part of South Carolina.  What's your opinion?  Please leave a comment.
Posted by Unknown at 6:00 AM