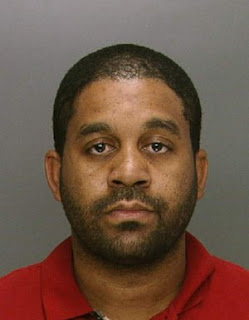 
A handful of warrant cops were out doing their usual thing on May 19 — pounding on doors, chasing down fleeing fugitives — when they came upon two guys who appeared to be urinating in a weed-strewn lot at 18th and Cumberland streets in North Philly.

Oh, and they were packing heat.

Police say Wiggins, 31, stammered, "My bad, officer," and took off running down nearby Cleveland Street. The cops caught up with him quickly. After a brief struggle, they cuffed Wiggins and found that he was carrying a Smith & Wesson Sigma .40-caliber that had been stolen in 2004, according to law-enforcement records.

He was charged with receiving stolen property, possessing an instrument of crime, weapons violations and public urination.

Stewart, 31, was carrying a .40-caliber Glock 27 that he legally purchased several years ago. He also had a valid permit to carry from Florida, despite the 11 prior arrests — but no convictions — on his record for charges including aggravated assault and drug possession.

Stewart’s permit was obtained through the so-called Florida loophole, a policy that’s been driving local cops mad for years.

Now there's irony for ya. The guy who legally owned the gun and had a concealed carry permit for it turns out to be more of a threat than the guy who stole his.

What do you think?  Does this story illustrate the problem with out-of-state carry permits?  Does it show the need for "may issue?"

What's your opinion?  Please leave a comment.
Posted by Unknown at 8:15 AM