I just became aware of this. One of the characterisitcs is an inability to distinguish Hawaii from Kenya--not that septics were any good at geography and how that might impact them anyway...

Kevin drum from Mother Jones points out that one of the key things that's long convinced me that Obama Derangement Syndrome is way stronger than Bush Derangement Syndrome ever was is the disparate treatment of their wives. I occasionally saw some snotty comments about Laura Bush in various precincts of the blogosphere and the partisan media, but nothing either serious or sustained. But Michelle Obama? Holy cow. There are times when you'd think she was the antichrist. The poor woman decides to make childhood obesity one of her focuses — about as First-Ladyish a subject as you can possibly imagine — and gets hammered by the wingnut brigade for supposedly being the vanguard of Stalinesque Big Government rules decreeing exactly what all of us will and won't be allowed to eat in the future. And that's just for promoting the idea of better nutrition and more exercise for kids! 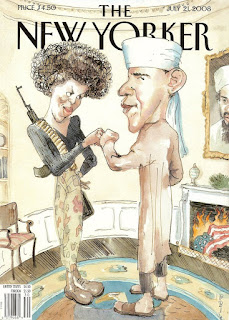 Simon Maloy has more, treating us today to a dissection of a new column from Joe Curl that's headlined — in unwitting Dr. Seuss style — "The very angry first lady Michelle Obama." The First Lady, says Curl, is back, "and she's madder than ever," "ready to spew her bilious disgust with America on the campaign trail," blah blah blah.

I mean, it's comical in a way, but weirdly revealing in another. The level of blind, lick-spittled rage it takes to produce this stuff is pretty remarkable. And presumably there's a ready audience for it. You could almost understand where this came from in the case of Hillary Clinton: a feminist child of the counterculture who was deeply involved in policy creation was always bound to get under the skin of a certain type of social conservative. But Michelle Obama? Sure, she's a liberal and she supports her husband's initiatives, but her own work has centered on military families, childhood obesity, national service, arts education, and cultivating her organic garden. How traditional do you have to be to get the right-wing crazies to calm down?
Posted by Laci The Dog at 1:26 PM