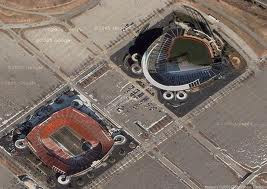 A man shot and wounded a female parking lot employee Friday between the stadiums that are home to the Kansas City Chiefs and Royals before killing himself, police said.

Graves said the woman was taken to a hospital in critical condition. Officers found the man in a car, dead of an apparent self-inflicted gunshot. Both were in their 40s and knew each other, but police did not elaborate on their relationship.

Witnesses said the man drove into the area in a silver Cadillac, several shots were fired and the man then turned the gun on himself in the car.

Often in these domestic shootings the guy kills the girl and only wounds himself. I don't know which is worse.

One thing for sure, when it comes to relationships, guns are bad news for women.

What's your opinion?  Please leave a comment.
Posted by Unknown at 7:58 AM