Top 10 Reasons Not to Vote for Romney 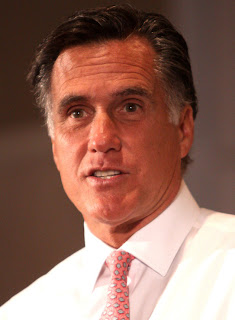 Romney has been quite wishy-washy on his views on gun control. In 2004, he passed one of the tightest bans on assault weapons in Massachusetts. But, later on, Romney bought a lifetime membership to the NRA and hopes to endorse the National Rifle Association. Though gun control is not one of the main issues for this campaign, it has been brought to recent light since the Aurora, CO shootings.

I feel sorry for the gun-rights advocates, many of whom are one-issue voters. This guy is their best choice.

What's your opinion?  Please leave a comment.
Posted by Unknown at 9:07 AM