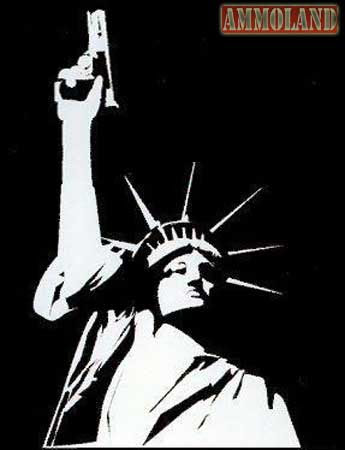 Arma Virumque Cano, Free, Armed and Unafraid Since 19BC

Translates to: “I sing of arms and of a man.”
Book 1, Line 1 from Virgil’s “Aeneid” ( tiny.cc/nm2mrx )
Two decades BC, Roman Poet, Publius Vergilius Maro (Virgil), used the above line to reintroduce the Roman world, in poetic form, to “Aeneas,” a wandering adventurer whose descendants, according to legend, founded Roman aristocracy.
Aeneas, first written about (again, in poetic form) by Homer eight-hundred years earlier in “Iliad,” was a familiar literary character to at least the educated of Roman society.
Virgil died in 19BC, at the age of fifty. His epic poem, “Aeneid,” was never finished.
In that age, and in Roman society, bearing arms was the badge of free citizenry. It was a right not extended to slaves, other “non-citizens,” criminals, et al.
In a “nation of equals,” bearing arms, then and now, conveys a special dignity and self-respect to the bearer, not achievable in any other way. When this right, for all good citizens, is confirmed and protected by a righteous government, it is tantamount to your nation saying to you:

“You’re an adult citizen, in good standing, within our country. You’re one of us! We, your fellow citizens, have full trust and confidence in your moral character and judgement. We trust you to bear arms competently and honorably for personal defense, and that you, thus armed, will gallantly stand with the rest of us when our nation is threatened.”

Rights and duties of citizenship are thus solemnly confirmed!