Better to keep your mouth shut...

But, this person opened it and confirmed himself to be a total fuckwit on the Esquire forum.  He thought he would be clever and delete the second comment, but it had already been screen capped: 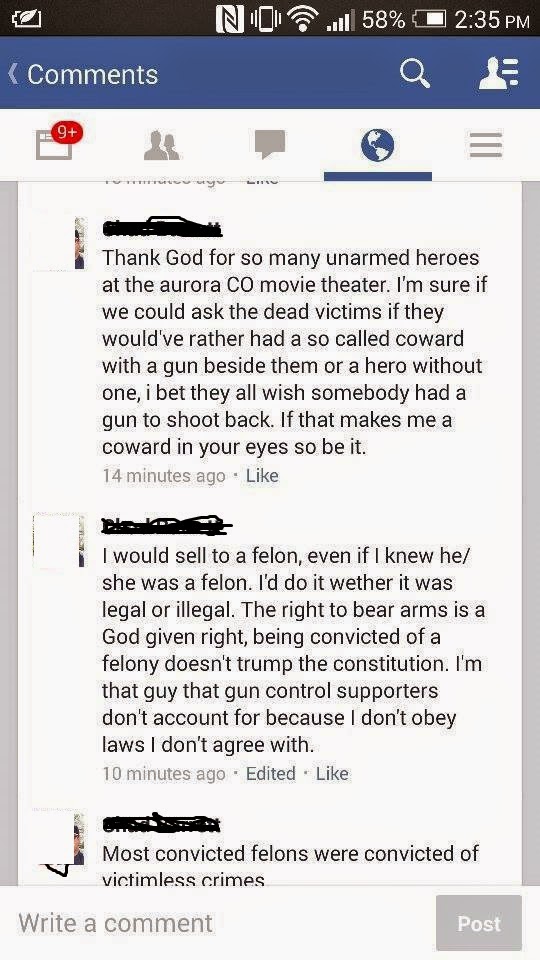 No, asswipe, we think about your type all the time.  We do count on people like you since you are the type of asshole we think shouldn't have a gun because you are irresponsible. You make our job easier by making statements like this.

And you are dumb enough to make a statement where admit you are irresponsible.

What would your friends say if you said stupid shit like this to them?  Or are your friends assholes like yourself?

I'm a nice guy and redacted your info, but you know who you are.  Live with your stupidity.