How many Mass Shootings REALLY HAPPEN in the US?

Let's use the FBI definition=four killed [or wounded] not including the shooter.

That means that incidents like this are mass shootings, but they never make the news:

Seventeen people were transported to DCH Regional Medical Center and five were admitted for their injuries, DCH spokesman Brad Fisher said at 9:10 a.m. Two are in the ICU, with one in critical condition and one in serious condition. Three others are in regular care and are listed in fair condition. Twelve victims have been treated and released.

How long will it take before people realise that firearms are a problem in the US? 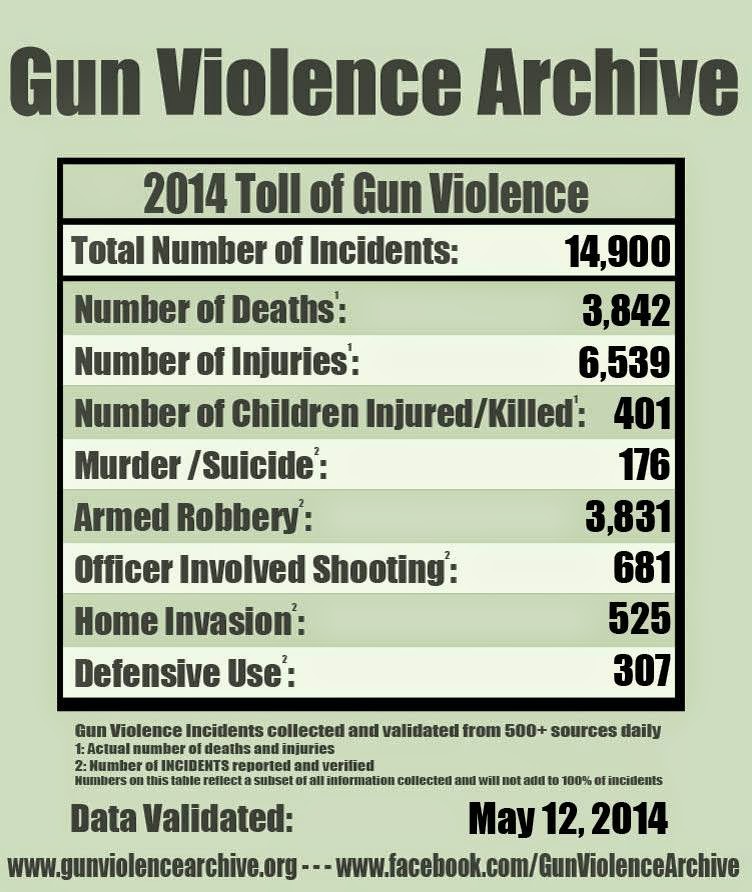 Anybody keeping track of the mass shootings?
Posted by Laci The Dog at 12:10 AM