This is Homs in Syria: 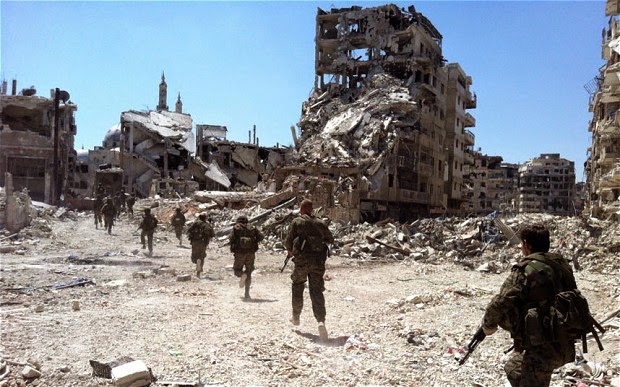 There is this description of the Syrian Army's attack:

The Syrian rebels were armed, but seriously outgunned by a force which had an objective of crushing the rebellion:


Last week one rebel fighter said the outlook was so bleak that he and his colleagues went to battle in suicide belts, to detonate should they be captured.

“If we are captured we use it when we are crowded among the soldiers,” said Adnan, 27.

His voice tired and his tone hopeless, Mohammed, the activist who had just managed to flee, said: “Most of my friends have died fighting in Khalidiya these last years. Now I have no news about the ones that are left.”

A truly tyrannical regime has no qualms about wiping out any rebellion, no matter how much force it takes or what kind of force is needed.

Does Halabja mean anything to you?

If the US were truly a tyranny, you would have quietly disappeared in the night never to be heard from again.

Or,  as Matthew White says about the old gun control=genocide argument:


Frankly, this list is a pitifully weak argument against gun control, simply because most of the victims listed here did fight back. In fact, if there's a real lesson to be learned from this roster of oppressions, it's that sometimes a heavily armed and determined opposition is just swept up and crushed-- guns or no guns.