Why Tennesseans Shouldn't Have Guns 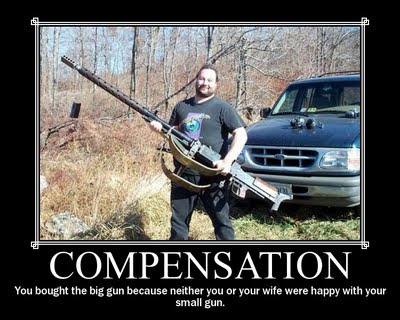 Tennesssee is a state where they riot because a college football coach left the state's university for a college where the average SAT score is higher than 400.

And Tennessee is a state where if you're something other than Southern Baptist...well, your house of worship gets burned down or shot up.

It's a state that's always threatening to secede but can't seem to wean itself from federal largesse. It also has a certain teabagger: 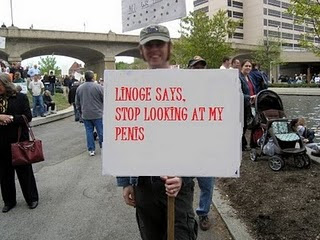 And these folks want to carry guns in bars???
Posted by Jadegold at 1:08 AM