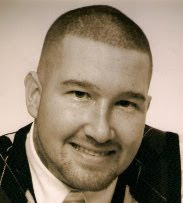 According to O’Connell, Mathieu Michaud confronted the arriving officers on the street while carrying a butcher knife and two carving knives. Michaud approached their vehicle on the driver’s side.
Both officers got out on the passenger side, identifying themselves several times and ordering Michaud to drop the knives, O’Connell said.
Michaud refused, and officers saw what appeared to be a gun in his possession, O’Connell said. He did not comply with officers’ orders to drop it and was shot once, the statement said.

I wonder exactly how he was carrying three knives and a BB gun, staggeringly drunk, and the cops thought he posed a threat. It doesn't sound credible to me.

What's your opinion? Please leave a comment.
Posted by Unknown at 8:14 AM