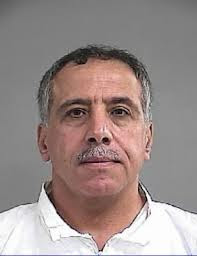 A Louisville man accused of opening fire at a homeowners association meeting, killing one and critically wounding another, was ordered held on a $1 million bond Saturday at an initial court hearing where a prosecutor called him “the epitome of danger to the community.”

A not guilty plea was entered on behalf of 55-year-old Mahmoud Yousef Hindi to charges of murder, assault and wanton endangerment in the Thursday evening shooting at a church.

Just another of the daily stories we read about in which lawful gun owners go wrong. What would have prevented this, the pro-gun crowd loves to ask.

Well, it's impossible to know what could have prevented this specific act of violence.  But one thing for sure is, a general tightening of gun laws and a raising of the bar as to who can own guns would prevent some of these acts.

What's your opinion?  Please leave a comment.
Posted by Unknown at 9:42 AM