Tennessee State Rep. Curry Todd Pleads Not Guilty to Everything 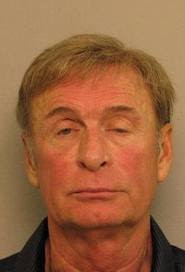 The Collierville Republican was arrested in October after failing a roadside sobriety test. A loaded .38-caliber gun was found stuffed between the driver's seat and center console. Todd faces charges of drunken driving, possession of a firearm while under the influence and violating the state's implied consent law for refusing a breath alcohol test.

Todd was a main sponsor of a state law allowing handgun carry permit holders to bring firearms into bars and restaurants that serve alcohol. It's unclear where Todd was coming from at the time of his arrest.

Our gun-rights friends keep telling us how the existing laws are being enforced and that they are sufficient. Do you think this menace to himself and others has been disarmed?  Do you think law enforcement went to his house to remove all the guns?

When people are arrested drunk and in possession of a gun while driving a car they should be disarmed until they are proven innocent. But what they do instead is let them go on their merry way, continuing to own guns and then delay the court proceedings as much as possible.

It's been almost one year and this guy is still drinking, driving and enjoying his inviolable 2nd Amendment rights.

This travesty of justice is outrageous enough, but the hypocrisy of Rep. Todd having been a champion of gun rights and a leader in the field is too much.

If there ever were a candidate for the one strike you're out policy, Representative Curry Todd is one.
Posted by Unknown at 8:25 AM