Professor Suspended for Making Joke about the Aurora Shooting 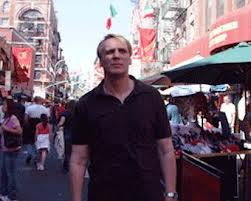 A United States Merchant Marine Academy professor who was facing termination for a joke about the Colorado movie theater shootings has been given a 45-day suspension instead, along with a requirement for five hours of sensitivity training.

The professor, Gregory F. Sullivan, was showing a film in class this summer when he said, “If someone with orange hair appears in the corner of the room, run for the exit” — a reference to the man who is accused of opening fire at a theater in Aurora, Colo., just days before.

The father of one of the students in that class was among the 12 killed in the shooting, and the student left the room upset, according to an internal personnel document.
Professor Sullivan said he was unaware of the student’s connection to the shooting, but the document indicated that he should have been aware, given an e-mail that the school sent out on the subject and the absence from class of students who attended the funeral.

The decision to suspend the professor instead “was made after careful review of all information collected as part of the process required under the federal policy governing academy faculty and staff,” the academy said this week in a statement.

To me it sounds like a good decision.  Termination would have been excessive.  What do you think?
Posted by Unknown at 7:29 AM