Accidental Shooting in Des Moines - One Dead One Arrested 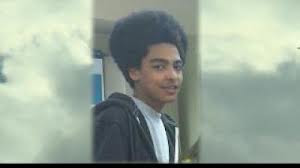 Des Moines police responded to 1444 E. Walnut St. after a report of a person being shot. Authorities found Corey L. Hamilton Jr., 16, with a gunshot wound to his head.

Medics from the Des Moines Fire Department transported the teen to an area hospital, where he later died from the injury.

Police interviewed several witnesses and arrested 15-year-old Dontavius Sharkey. Police said the gun used in the incident was recovered with the cooperation of the suspect.

As a result of the investigation, Sharkey has been charged with involuntary manslaughter and reckless use of a firearm.

When someone is shot by another, the shooter should be arrested immediately and all his guns confiscated, unless it's an unequivocal case of self defense. Then they can investigate all they want.