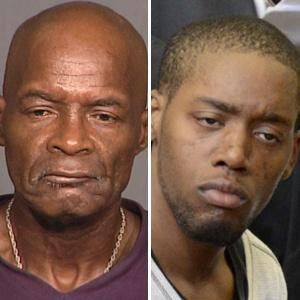 Collins and three cohorts eventually peddled 88 guns to the undercover, including an AK-47 that fetched $1,600 and a .32-caliber Smith and Wesson that went for $400, Kelly said.

One accomplice, Sampson Taylor, 34, would allegedly take a bus to South Carolina, stock up on firepower from pawn shops and gun dealers, and transport the illicit arsenal back to the city, where the weapons sold for a 100 percent profit.

A total of 10 came from South Carolina, and one was purchased in Virginia, prosecutors said.

Why do the gun-rights advocates always try to ridicule the fact that guns are smuggled from lax-gun-law states to places like New York? Doesn't it make sense?

I think the reason they try to make fun of this or downplay it in one way or another is because they see how bad it is for their cause. This touches on the exact point at which guns pass for the law-abiding to the criminals. In places like South Carolina that happens too easily.

If measures were taken to stop that, the legitimate gun owners would be slightly inconvenienced. This is what the can't accept.

What's your opinion?  Has there ever been a more self-centered advocacy group than the gun-rights crowd?

What do you think?  Please leave a comment.
Posted by Unknown at 9:07 AM