Accidental Shooting of Sister - Big Charges in this Case 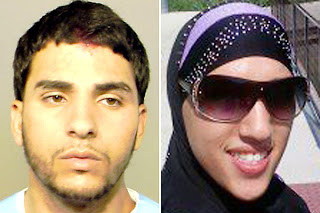 Aysheh and his sister, Nawal, were alone in his bedroom in the 4800 block of West Wolfram Street at about 9:10 a.m. Saturday when he showed her a .380 caliber handgun that he said he had “found hidden on the street,” Assistant State’s Atty. Yulia Nikolaevskaya said.

Aysheh took the clip out of the gun, saw that it was empty, put it back and pulled the trigger, Nikolaevskaya said.

“The gun went off and the defendant saw his sister fall to the ground,” Nikolaevskaya said. While he picked her up and carried her out of the house, their other sister called 911 and then hid the gun in a dog food bag in the basement, the prosecutor said.

He was a criminal and gang member, a guy who'd already had a gun conviction, and he still didn't know about the one in the chamber?  How could that be?

Well, when you're dealing with lowlifes you shouldn't expect them to know any better. It's not like lawful gun owners who are almost always safe and responsible, like this one and this one.

What's your opinion?  What can explain the phenomenon of "forgetting the one in the chamber."  I honestly can't understand it.  An absolute novice with guns should know this.

What do you think?  Please leave a comment.
Posted by Unknown at 11:04 AM

Labels: forget the one in the chamber